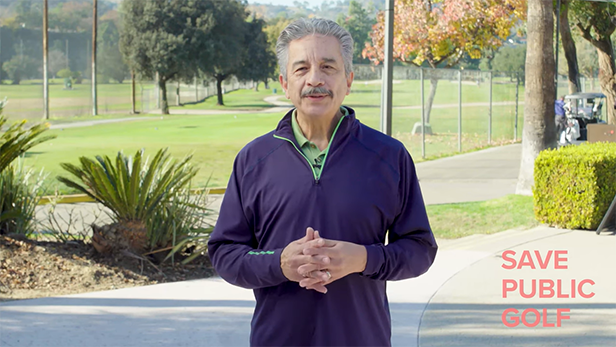 SCGA’s individual member “Save Public Golf” campaign is again live. Even if you sent a message in December or January when the previous version of the “Public Golf Endangerment Act” was active as AB 672, the version under consideration in the 2022 session is technically a different bill (AB 1910) requiring another registration of constituent opposition.

That’s why we are asking SCGA’s members to take the couple of minutes it requires to go to the Association’s site where all you have to do is type in your home address and be taken straight to your legislators’ E-mail, where you can either type in your own personal message or copy and paste one of SCGA’s pre-packaged messages.

If you’ll recall from your school days that big chart entitled, “how a bill becomes a law,” you’ll recognize that AB 1910 has a long way to go before it becomes law. It failed in its first two at-bats. It is in the very early stages of its 3rd and final at-bat. However, the proponents of AB 1910 are a determined bunch. If golf fails to match their determination, succumbs to fatigue, or becomes complacent it could easily prevail.

Stay the course. Speak up!

As expected, AB 1910 passed through the Housing & Community Development Committee last week on a 6-2 vote, albeit it passed this time with much less derogatory comment about the game from author Cristina Garcia (D-Bell Gardens), much more defensiveness on the part of those voting to move it out of committee, and overwhelmingly more written opposition than support, including opposition letters from the USGA, NGF, GCSAA, NGCOA, and myriad other local, state, and national golf organizations. And one new letter of opposition from the Trust for Public Land, a well-funded charitable organization that purchases odd lots in dense urban areas and transforms them into parks and open spaces.

AB 1910 moves to the Local Government Committee this Wednesday morning, where it came within a whisker of failing to get out of committee in January and where the golf community has some cause for optimism that if those Democratic Members who voiced opposition to the bill at that time have the temerity to abstain this time around. If it should escape that committee again, it goes to the Appropriations Committee, where it died as AB 672 in January. The Assembly Appropriations Committee is aptly nicknamed the committee where bad bills go to die, and AB 1910 is a bad bill in far more ways than one.

There are many more hoops to go through before this bill becomes a law, and the dispositive factor in whether it gets navigates all those hoops is the state’s golfers. Speak up!