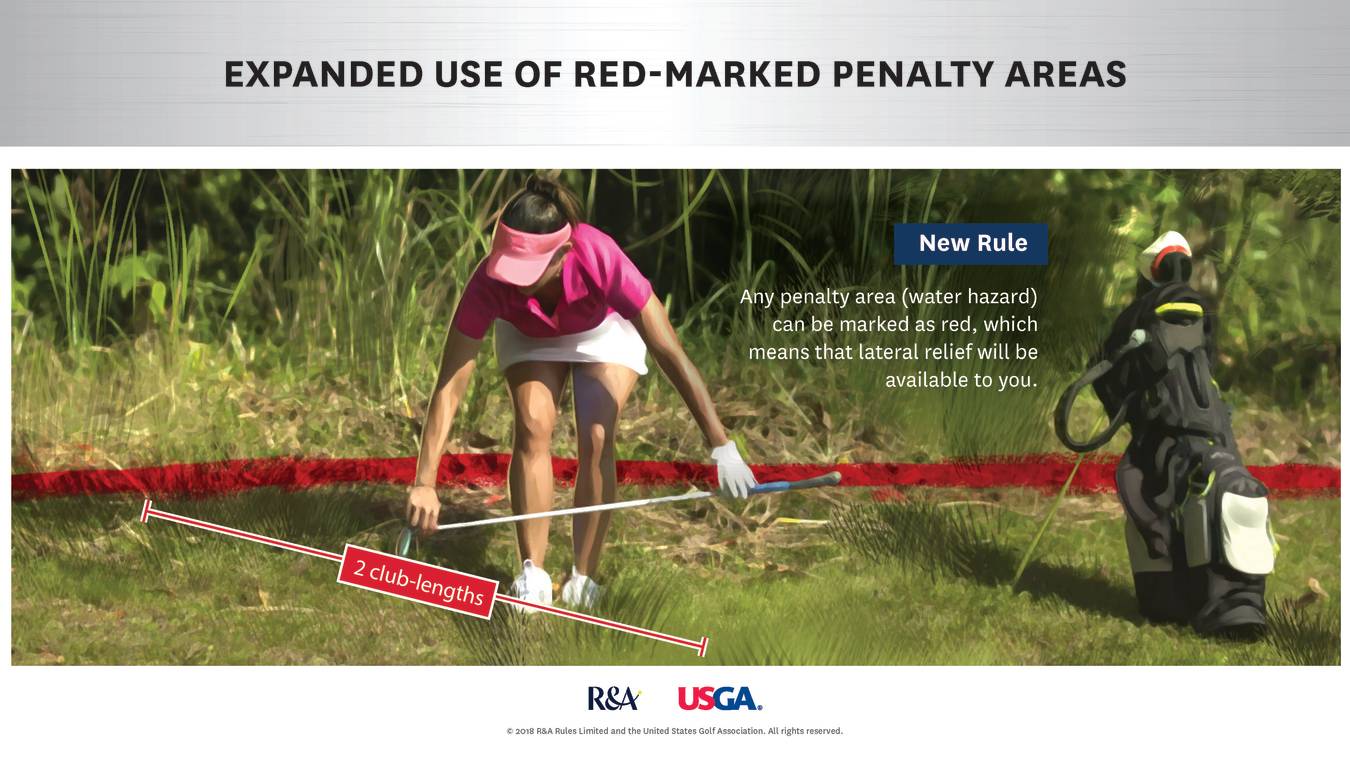 Let's take some time to elaborate on penalty areas (formerly known as water hazards) and what factors to keep in mind when deciding what areas of the course should be marked as such.

A penalty area is an area from which relief with a one-stroke penalty is allowed if the player’s ball comes to rest there.It is any body of water on the course (even if not containing water at the time), including:

- any other open watercourse - You as a club official or as part of the club Committee have more liberty to mark troublesome areas on your course as penalty areas.

- When marking such areas, you should think about the ramifications it will have on ball searches, lost balls, relief procedures and just common confusion between the two different colors identifying penalty areas.

- When determining what should be marked or declared as a penalty area, the Committee needs to analyze and determine if the within the area (1) if it is where a player’s ball is often not found or (2) when found, is typically very difficult or impossible to play.

- There are still two types of penalty areas, yellow and red.Although Committees can mark all penalty areas as red, they can still use yellow to indicate these areas.

- Penalty areas should be identified/defined by one of three means:

- The stakes are in the penalty area

- The entire line is inside the penalty area

- The Committee specifies how the outer edge of the penalty area is defined (look for this information in course local rules, on your score card, some other notice)

The reason these areas need to be identified is to help the player know where a penalty area is located from a distance.The type of penalty areas helps to identify the number of relief options available and they allow the player to figure out where the outer edge of the penalty area is.

The video below will also provide some more information and guidance on penalty areas:

For those of you who would like to order rules books for your club, they are available free of charge (except for shipping cost) at usgapublications.com. The club will need to create an account to order at no charge.