On a chilly, windy day at demanding Poppy Hills Golf Course, junior Caroline Canales of Calabasas proved best. She won the CIF state girls’ golf championship by firing a one-under 70 for a one-stroke victory over Sherilyn Villanueva of Troy.

Coach Lance Novak said Canales was magnificent with her approach shots, hitting 15 of the 18 greens.

“She gave herself a lot of looks at birdies,” he said.

Canales won the Marmonte League individual title and used her poise and consistency to be best in the state. 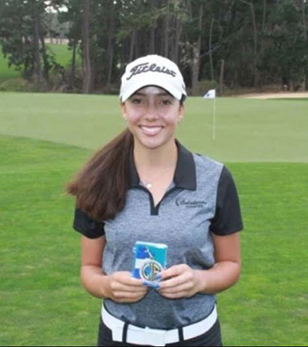