This Year in Golf: SoCal’s Hottest Golf Trends in 2022

We’ve officially reached the time of year to reflect on the past 12 months and look forward to what 2023 has in store. So as you start to count up all those birdies and bogeys, track how your handicap has risen or fallen, and reminisce on your best round or all those times you could’ve broke 90, take a few minutes as we look at the bigger picture of what went down in the SoCal golf scene. It’s been the biggest question on the mind of golf industry, as well as golfers wondering if they’ll ever be able to book a last-minute tee time again: are all these “COVID golfers” going to stick around? We may still be asking this question for years to come, but now that we’re 2+ years out from the start of golf’s boom in popularity, it’s a good time to examine the results. As you can see in the graph above, the number of rounds played across the country has dipped from the pandemic-fueled surge of 2020 and early 2021, but that was bound to happen as restrictions loosened, entertainment options increased, and more people returned to regular schedules at work. However, the good news is that even with this decrease in rounds, there is still significantly more golf being played in the U.S. than there was prior to 2020. Some areas of California, including Orange County and Palm Springs, are even seeing increases in rounds played over 2021.

Additionally, the number of golfers that reported playing at least one round of golf on the course continues to increase and is the highest it’s been in a decade. That doesn’t even account for the millions of people that are being introduced to golf at places other than a traditional golf course (more on that in a minute).

The last time we saw a drastic rise in the number of golfers like this was when Tiger burst onto the scene, but when the so-called “Tiger boom” ultimately, some started predicting the demise of golf. The answer of whether golf’s rise will sustain seems to be yes (at least for the moment), but that begs another question: what’s keeping and will continue to keep these new golfers coming back to the course?

Finding a home has never been easier If you spent part or all of 2022 trying to buy a home, you probably just read that statement and assumed I was crazy. Thankfully I’m not here to give real estate advice, but rather discuss the concept of a “home” in a more abstract sense. When you pick up a new hobby or activity, you may initially be drawn in by the idea of finding a new interest, learning something new, or improving your skills. But what often turns something from a short-term interest to a lifelong pursuit is finding a community of people to share your passion with.

Golf isn’t any different. In fact, when you ask golfers why they play the game, most will list the social aspect as one of, if not the most reasons. It’s no wonder then that we’re seeing a reinvention of the concept of a “golf club”. This isn’t initiation fees, archaic by-laws, and strict dress codes; this is about creating a community to share this wonderful experience we call golf. Over 30,000 SoCal golfers found a new club to call home this year, and groups like these are a big reason why:

Think beer league softball meets golf: Tropicana is a party on and off the course. The motto says it all: Make new friends. Have more fun. Play more golf.

With chapters in San Diego and Orange County, Babes Golf is encouraging women to get on the golf course, form meaningful connections, and be your best self.

Bringing the famous chill vibes and good times from the Westside to courses throughout Los Angeles and beyond.

Fulfilling dreams of playing on a tour and competing for a championship for golfers of all skills.

It’s not just about the golf here: in addition to tournaments, PSC hosts family parties, poker nights, and more.

New to the scene in 2022, Fore Gals is empowering women to excel personally and professionally through golf.

Without a doubt, there was one topic that dominated the golf news cycle in 2022. LIV Golf was making headlines and not necessarily for the right reasons, but for all the controversy it generated, it also helped introduce innovations to the golf universe.

One of the major outcomes: reinforcing the need for more team golf events. There’s a reason the Ryder Cup generates so much buzz when it rolls around. It doesn’t only apply to the professionals; everyone has more fun when they can rally behind a team.

It’s far from a new concept when it comes to golf, but it is one that’s become increasingly popular with the next generation of golfers. Whether it’s the classic charity scramble, an inter-club showdown, or just throwing in a wrinkle to the weekly game, many are discovering golf is better as team sport.

The digital world is taking over golf 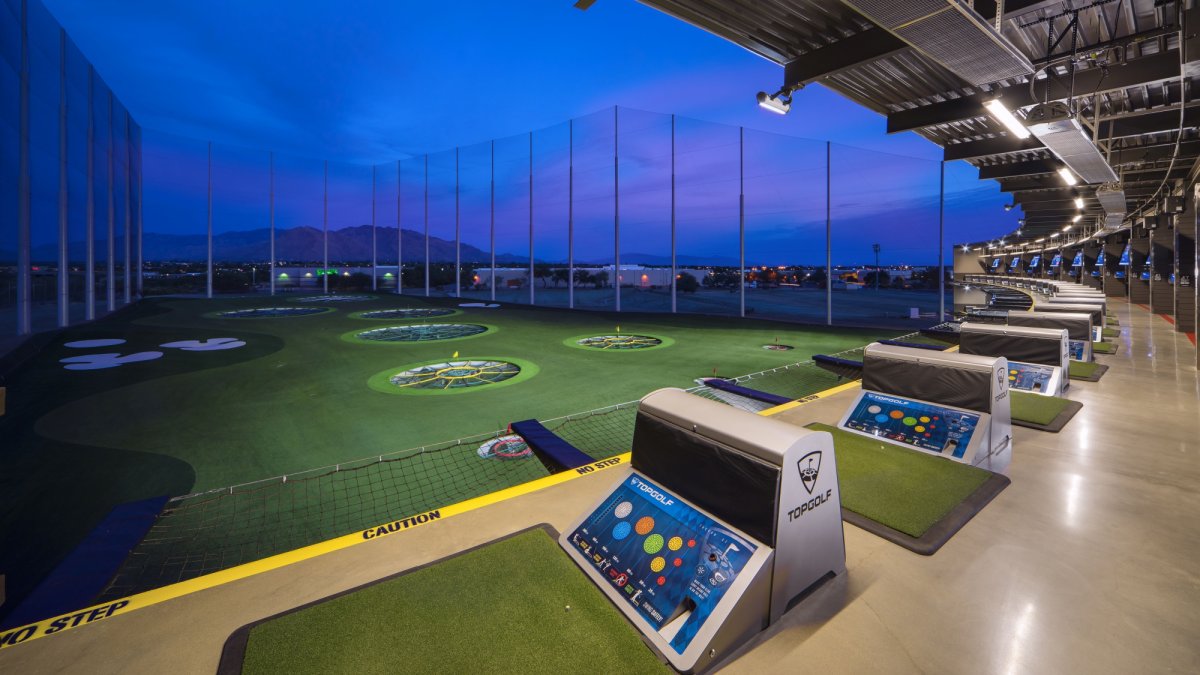 With each passing year, technology becomes more and more integrated into every facet of our lives, including golf. While golf may offer an escape from being constantly plugged in for some, for others it offers a way to plug into the game like never before. The number of people who participate in golf at an “off-course” location (like MNML Golf in Redondo Beach or The Golf Bar in San Diego) is actually projected to surpass the number of golfers playing a round on the course. The merging of these two worlds is no more apparent than at one of the biggest developments in Southern California’s golf scene this year. TopGolf opened not just one, but two new facilities in El Segundo and Ontario in 2022. The facility in El Segundo also represents Topgolf’s first foray into course management. located at the former site of the Lakes at El Segundo, the campus features not only the signature multi-level driving range and entertainment venue, but also a 10-hole short course. The 10th hole even gives you the opportunity to record your shot using their Toptracer technology.

The big question is: will all this result in more people picking up on-course golf?

Golf is taking over the digital world 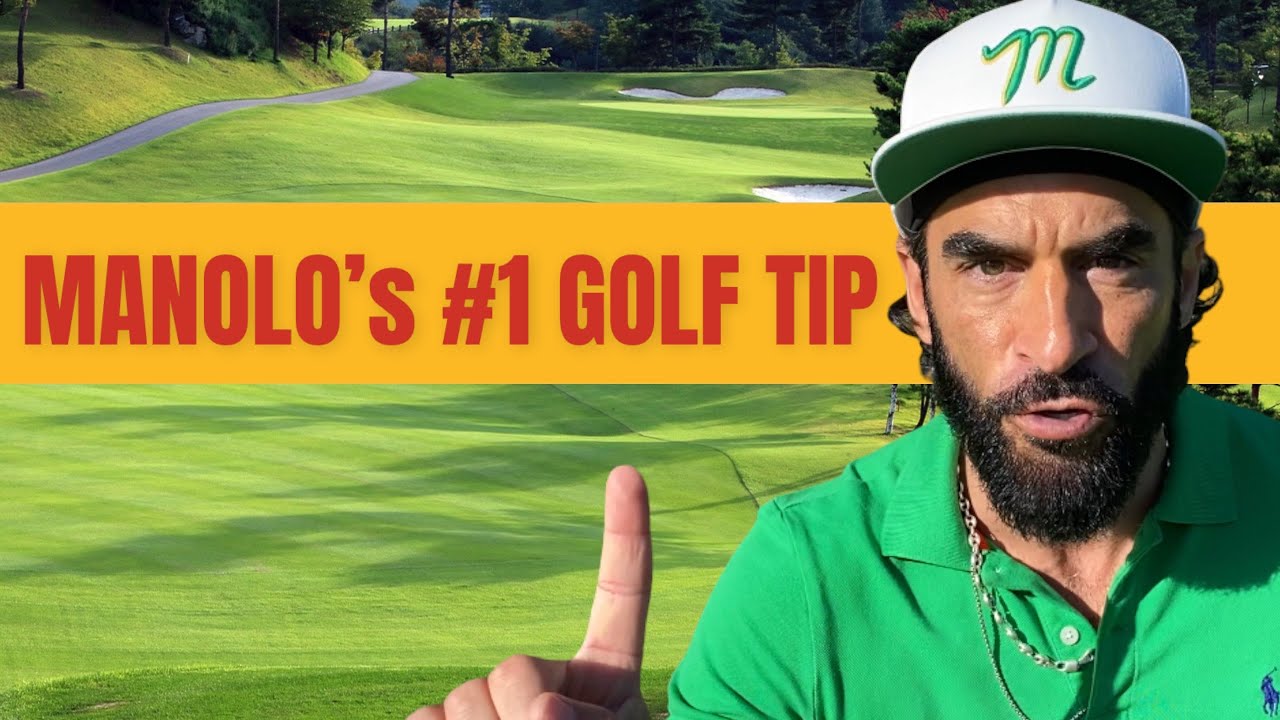 With practically everyone in the world picking up a golf club at some point in the last few years, it was only a matter of time before golf content started to flood social media. And I’m not just talking about famous people posting “look at me doing the golf thing” photos. Open up some Instagram reels and you’ll find enough clips of people doing awesome, silly, and stupid things on the golf course to keep you scrolling until 2023. What’s more, some local faces like Manolo Teaches Golf and Bob Does Sports blow up social media with their hilarious videos and grow a worldwide following. Who will we see enter the fold in 2023?

8 Simple Steps to Starting Your Own Golf Club

7 Ways to Be Wildly Unsuccessful at Golf