When I was a kid, I used to spend hours poring over stat lines on baseball cards and box scores in this old thing called a newspaper. As an adult, this has grown into a borderline-unhealthy obsession with analytics and fantasy football. So when I got serious about playing golf, it was only natural that simply keeping score wasn’t enough. But whether you’re a stathead or just looking to shave a few strokes, these are five key areas to measure what’s working and what needs work: 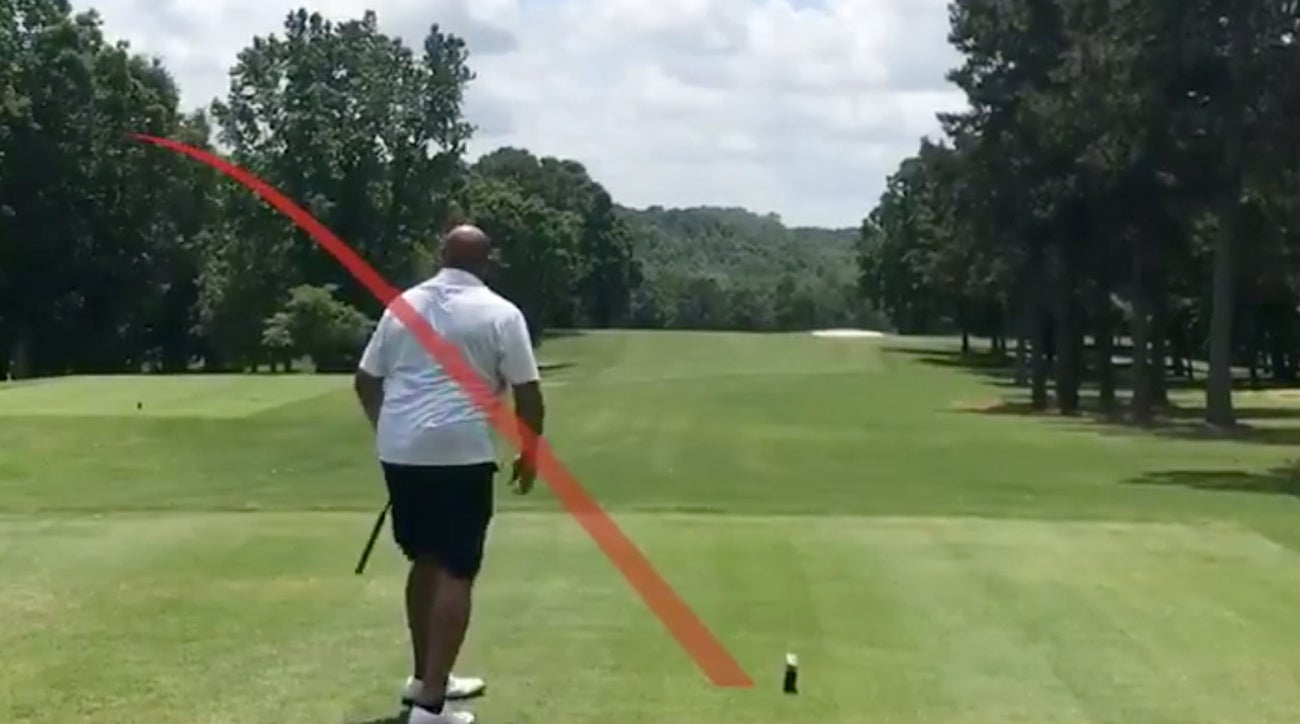 First things first: the game’s much easier when you can find the short grass. As someone who’s had to try just about every punch, flop, left-handed, and backwards shot there is, I can attest that your score will go down if you spend more time aiming at the flagstick instead of avoiding trees. For the average golfer, hitting 50% of fairways is a good benchmark. If you’re below that, you officially have permission to bomb driver at the range more (because let’s face it, laying up was never an option). Just try to spend more time focusing on hitting them straight than hitting the back net.

This stat is designed to determine how well you get from the tee to the green. While the concept of “par” may be inexact, the general idea is that the number of shots it takes to get to the green plus 2 putts should net you a par. By this definition, if you make it on the green in the designed number of shots (i.e. one shot on a par 3, two shots on a par 4, and three shots on a par 5) or less, that’s a Green in Regulation. Top players will usually hit over half the greens in regulation, but if you’re averaging less than 6-7 per round, it’s time to bust out those irons and start honing in your distances and accuracy.

Bonus tip: if you’re struggling to hit greens because you’re constantly hitting long irons/hybrids/woods into the green, you’re probably playing the wrong tees. There’s no shame in not playing from the back tees, especially if you’re a high handicapper.

This is where the money is made. As mentioned above, your goal should always be 2 putts or less per hole. If you’re averaging more than that, the first step to cutting down on 3-putts is to hit the practice green and work on making your second putts more manageable. However, you may also need to take another look at your Greens in Regulation number. If you’re technically hitting a good number of greens, but leaving yourself with multiple 30+ foot putts, improving your approach shots is going to help cut down your number of putts.

At the end of the day, the one number that ultimately matters is the final score. But did you know that when recording a score for the purposes of stat tracking, you can eliminate astronomical scores? Formerly known as Equitable Stroke Control, the USGA instituted a guideline that when posting a score for handicapping purposes, the max score you should record on any hole is a net double bogey (that is, double bogey plus any handicap strokes).  For example, if the hole is a par 4 and you get 1 additional handicap stroke, the max score for that hole would be 7. You can learn more about the Handicap Index and allocating strokes here. Speaking of which…

All golfers should know that shooting 79 from the tips at Torrey Pines is infinitely more difficult than marking the same score at your local pitch-n-putt, but many underestimate the range of difficulty on an “average” course. Your score is meaningless if you don’t put it in the context of the relative difficulty of the course and tees (otherwise known as Course Rating). That’s where a Handicap Index comes into play: it takes into consideration the course difficulty and your skill level based on previous scores to give you a net score, which is a clearer picture of how you actually played. Watching how your Handicap Index changes over time is the ultimately best indicator of your skill.

You can start tracking all of these stats using the new version of the GHIN app, free to anyone with a GHIN Handicap Index, which you can also get free for 60 days here.