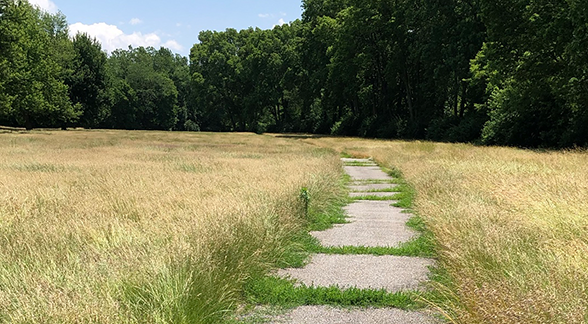 “Existential” is a word thrown around with impunity. It’s used to describe challenges of all sorts, many of them minor in nature, but in its generic form, “existential” is nothing more than the adjective form of existence. And it really should only be used to describe something that goes to the very nature of the existence of the object it describes.

When the subject is golf, one and only one challenge rises to the level meriting the description, “existential challenge.” And that challenge is the feeding frenzy on the game’s municipal sector. The utility, if not the very legitimacy, of devoting 100-plus acres of green space in the urban cores where America’s affluent populations live, work and recreate is under attack from all quarters — from open space advocates, enthusiasts of other sports (e.g., soccer, baseball, tennis, pickleball), affordable housing advocates, homeless sheltering advocates, “higher and better” uses (e.g., commercial) of public property advocates, habitat restoration advocates; there is no shortage of advocates for turning golf’s spaces into some other kinds of spaces.

▪ A major Southern California county repurposes a 54-year-old golf course as a major soccer, tennis and STEM center with commercial appurtenances in a region of such high golf demand that local high school, community college, state university and junior developmental golf programs no longer have anywhere to conduct their activities.

▪ The Los Angeles County Grand Jury issues a massive report that suggests that municipal golf courses in “park poor” areas be repurposed to meet certain “park” needs. The City and County of Los Angeles savage the report, but it’s the Grand Jury that gets the headlines and poisons golf’s well; the counterarguments get no audience.

▪ An Assembly member floats a bill that would amend the 1971 California Park Protection Act to create an exception for municipal (parkland) golf courses for the purpose of converting them into affordable housing sites; the Assembly member’s press release refers to “these useless public golf courses in my District.”

▪ An Orange County city plans to turn its 60-year-old municipal golf course, which is by all objective measures self-supporting, into a massive commercial project, its city manager proudly proclaiming in the media that a golf course’s returns are paltry compared to what he has in mind. The project has run into some legal troubles with the Park Protection Act and the Surplus Land Act, as well as objections from the local citizenry, but it’s noteworthy that this city has no plans to commercialize any of its other parks.

▪ Upon hearing a consultant inform him that his city’s two municipal golf courses are returning monies to the city’s general fund after accounting for all expenses — operational, capital replacement and debt service — the mayor questions whether the net return to the city is enough to continue operation, despite being informed at the same time that these two golf courses are the ONLY city park operations that actually turn a profit.

This is a partial list. The headlines are chock-full of stories that reflect an anti-golf animus that grows with each passing day. Golf is judged by a different standard than every other park activity as well as every other open space or land conservancy activity, and it is increasingly a standard that is more than just impossible to meet. It’s not really a standard; it’s a road map for excision from urban life.

Once identified as a public amenity to be financed in small part by user fees but in larger part by general tax revenues, municipal golf courses were transformed into cash cows. Once that happened, municipal golf courses were expected to continue delivering net revenues to their parkland systems, and once that expectation was no longer being met, the same governments that in previous generations understood their obligation as subsidizing golf in the public interest began to understand their obligation as converting courses to uses more amenable to generalized access.

From amenity to cash cow to oblivion, and with it the engine that drove the game’s growth. If that doesn’t qualify as an “existential challenge,” nothing does. Whither municipal golf? Well, that depends on whether golf’s leadership organizations can get their act together before it’s too late.

This is an excerpt from Craig’s article in the Spring 2020 Fore Magazine. For the full article, click here.

How to Golf Competitively with Social Distancing Restrictions