Atop a leaderboard littered with the names of legendary California amateur golfers, it was Jeff Wilson who edged the field and earned a cherry on top of an incredible 2018 season. Playing in the event for the first time, Wilson led after both the first and second rounds but needed to come from behind on the championship’s back-nine.

“I don’t even know how I got it done today,” admitted Wilson. “I was just plain awful on the front-nine but was able to keep it just a couple over par and keep myself in it and I just was able to hit some good shots down the stretch.”

After making the turn at 2-over for the day, even for the championship, and tied for the lead with Randy Haag, Wilson found another gear. A gear that few players over the age of 25 in the entire state have.

Wilson birded No. 10, then rattled off four straight pars before really turning on the jets. On the par-4 15th, Wilson birdied again to give himself a two-shot cushion with three holes to go. On No. 16, Wilson lasered a wedge on the short par-3 to three feet, only to lip out the putt. Meanwhile, Haag birdied to climb back within one stroke.

But Wilson bounced back with an easy birdie on the par-5 17th and gave himself a two-shot advantage heading into the last. After Haag stuffed his shot from the fairway to five feet, Wilson was looking at two putts from 40 feet for the victory. The Fairfield, Calif. native rolled his birdie attempt to the edge of the cup as it teetered on falling in for what seemed to be an eternity, before finally dropping in dramatic fashion.

The victory caps an incredible year for the SCGA stalwart, as Wilson captured an elusive USGA championship earlier this season when he became the first medalist in 31 years to win the U.S. Senior Amateur Championship at Eugene CC. Wilson also outlasted 2018 SCGA Player of the Year Corby Segal in an epic playoff to win his third SCGA Mid-Amateur Championship at Saticoy CC in April.

“I worked a lot harder on my game this year and obviously the extra time helped,” said Wilson. “It gives me confidence that I can just hang in there and know I have the shots in my bag.”

On day two, the NCGA was paced by Randy Haag’s 73, while Jim Knoll and defending champion Mark Morgan shot 76. Playing from behind, the SCGA nearly caught their northern foes after a 71 from Jeff Burda, a 73 from Robert Funk and a 75 by SCGA Senior Player of the Year Craig Davis.

The NCGA has won the title eight of the last 10 years. 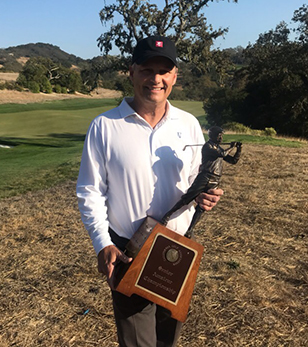