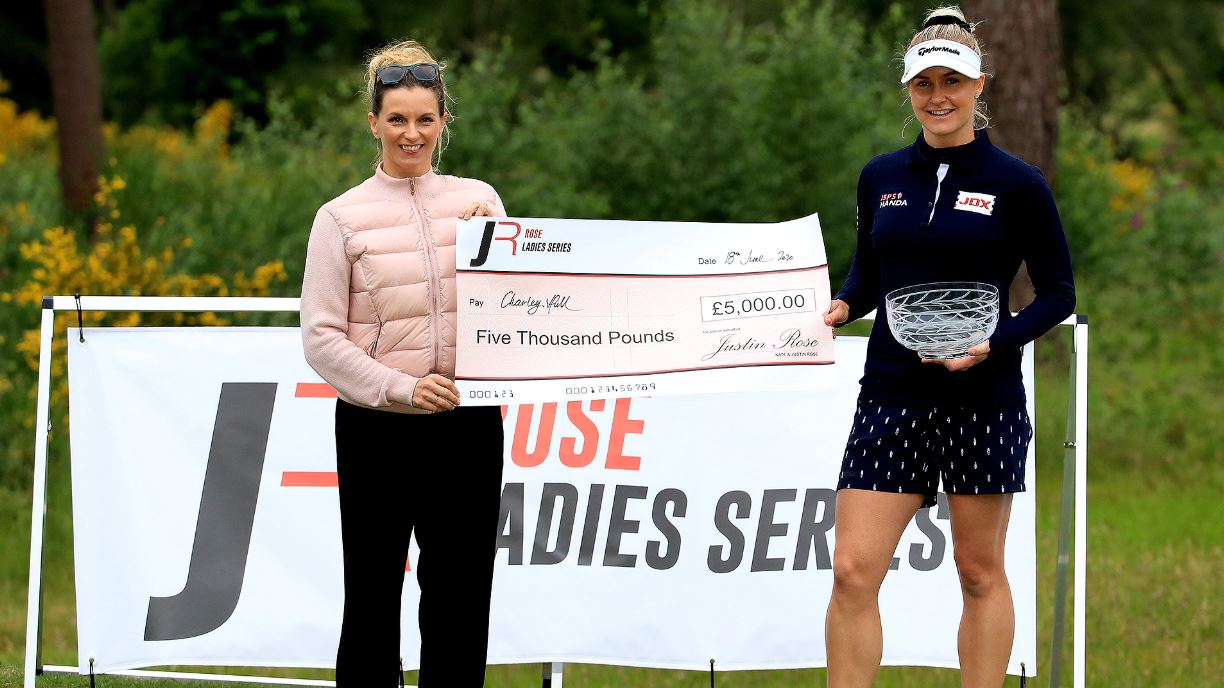 British female golfers are receiving a grand opportunity to play competitive golf during the COVID-19 pandemic, and they have Justin Rose and his wife, Kate, to thank for it. The Rose family is providing women with an arena to compete, and it could mean more opportunities for female golfers around the world. The Justin Rose Ladies Series has begun and the series namesake has put four things behind it that are necessary for any venture to succeed - time, passion, credibility and money.

The series is already underway, having started June 18. There are seven one-day tournaments in Europe, and it will culminate with a three-day, 54-hole finale Aug. 5-7 at North Hants, the Berkshire, and Wentworth.

The series already appears to be a success, which means it could lead to a similar series here and in other countries, a model that works, even during a pandemic.

The Symetra Tour is the developmental tour of the LPGA but there are only so many tours for women after college golf, here and overseas. Tournament sponsorships can be tough to garner, especially during economically trying times.

The Roses backed the series with reportedly $40,000 of their money to help with purses for the series. Some courses were donated for the tournaments. There is a charitable component, too.

Rose is a major winner - the 2013 U.S. Open champion - and is ranked 13th in the Official World Golf Ranking. His name on the series is everything. How cool that one of the top male golfers in the world is helping some of the best female golfers on the Ladies European Tour?

Rose felt fortunate he was able to hop back on the PGA Tour to play during the COVID-19 pandemic, keeping his competitive skills sharp as well as the ability to continue to earn a living. He knows that isn’t the case for so many professional golfers, especially those, male and female, who are living paycheck to paycheck on the minor league tours. So many tournaments - from juniors to pros - have been suspended during the pandemic. That fueled his desire to help. “I am sad that the Ladies’ European Tour has been suffering so badly,” Justin Rose said in a release on his website. “To me, this seems somewhat unfair. My wife Kate and I felt there was an opportunity to step up and help. The prize money is modest because it is me throwing in some money and then the ladies are paying an entry fee and being able to play for a pot. We wanted to give them the opportunity to play and to be ready for when the opportunities arise later in the summer.”

Kate is a former European champion gymnast, and she’s helping organize the series while Justin is playing on the PGA Tour.

Each event in the series is being broadcast on Sky Sports in the United Kingdom.

"It is so important for the visibility of ladies golf that they can play at good courses and on TV because they need to be out there to both attract sponsors and keep their current sponsors happy, as well as allowing more people to get to know who they are,” Kate said in the release.

The Roses also have the Kate and Justin Rose Foundation, which inspires children through nutrition, education and experiences.

Hatching the idea to help female golfers and executing it during the pandemic is one of the must clutch things Rose has done.

His series already has helped break barriers, too.

One series event is at Royal St. George’s, which makes it the first women’s event at the famed course. The opportunity was there after the British Open was canceled due to the COVID-19 pandemic.

And the opportunity is there for more female golfers to keeping doing what they love. All thanks to Rose.