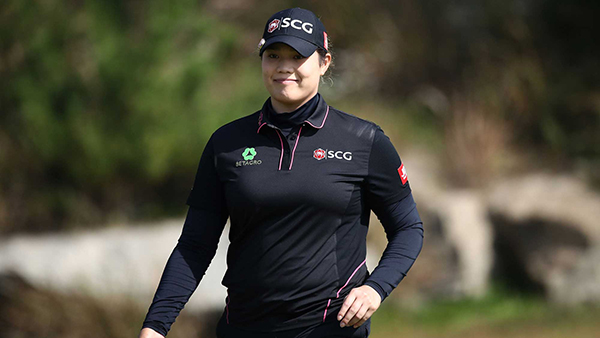 Women golfers are being slow-played in compensation. Male and female golfers aren’t paid equally, noteven close, a practice that used to be par for the course in sports and so many industries.

But the times they are a-changing, and it’s time golf joined other sports’ governing bodies and leagues by granting equal pay in the majors. It would be a start.

Brooks Koepka won $2.16 million as the U.S. Open champion this year. By comparison, Ariya Jutanugarn had a winner’s paycheck of $900,000 at the U.S. Women’s Open, less than half of what Koepka made. They do the same job.

Why golf isn’t on par with other sports in terms of pay is perplexing.

“That’s the million dollar question,” said Hall of Famer Juli Inkster. “I don’t know if it’s because [the LPGA] is a women’s organization that stands on its own. We work just as hard as the men or harder. We fly commercial. We lose our golf bags. The perks aren’t there. And yet, we still have the same amount of passion and work ethic to get where we’re at. We would love to see it change. The PGA Tour started 50 years before us. We’re in a situation now where it’s being brought up and talked about. Ten years ago it wasn’t even talked about. At least now it’s talked about.”

When Naomi Osaka won the tennis U.S. Open last month, she netted $3.8 million in prize money. It was the exact same winner’s check that Novak Djokovic earned. It wasn’t always that way, and there’s still much that needs changing, as witnessed by the unequal penalties Serena Williams was hit with, compared with similar outbursts by men.

Pay is equal in tennis but inequities still exist.

Earlier this month, the World Surf League announced it would pay female surfers the same as male surfers, beginning in 2019.

The U.S. women’s national soccer team filed a wage discrimination complaint with the Equal Employment Opportunity Commission and in 2017 got a pay raise. It’s not equal pay but it’s improved.

The U.S. women’s hockey team threatened to boycott the International Ice Hockey Federation World Championships if they weren’t given equal treatment — in staff, travel, pay, equipment — as their male counterparts. They won both the gold medal and a raise.

Stacy Lewis has been vocal about the need for equal pay in golf. She’s now on maternity leave and it was her sponsor, KPMG, that will pay the full value of her contract while she gets ready for the birth of her child, due in November. It was the first time that’s happened.

Inkster, 58, is vocal about golf’s inequities, even though she doesn’t have to be at this stage.

“Why do I do it? I think I’m at the age where I see it more and I have two daughters,” Inkster said. “I want them to be able to do what they want to do and have equal pay. I think it’s getting better. The younger generation is so much more respectful of women in the workplace. Can we do better? Oh, yeah. If I had the same career (and pay) as the guys I’d be traveling on private jets and giving more to charity and stuff like that.”

The resources are there to pay both the men and the women. To set an example, the governing bodies of the sport can start by implementing equal pay to winners of the majors.

Golf needs to keep pace with the advances many other leagues have made recently. It’s the right thing to do.