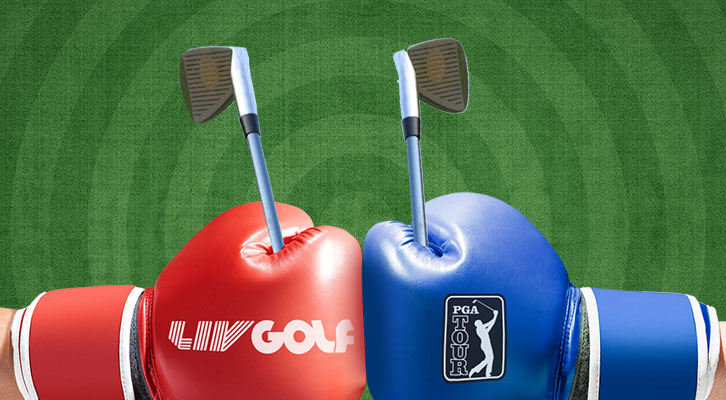 4 Lessons from LIV to Change How You Golf

Much has been written about the LIV Golf tour, with politics, suspensions and lawsuits rightfully taking center stage. But what’s been lost in the controversy are LIV’s innovative advancements and how those can change the way we all enjoy the game.

Here, I’ll highlight my favorite four aspects of LIV events and what they can mean for you and your club.

Allow me to begin with a bit of hyperbole—golf is the greatest individual sport to ever exist. That said, it can get lonely—and it often misses out on the team camaraderie commonly found in nearly every other sport. LIV recognized that what makes events like the Ryder Cup so electric is the pride and energy that having a team to root for (and against) inspires. We see it occasionally at team scrambles where your own shortcomings like a wayward iron are overshadowed by the elation of watching your buddy’s putt drop to earn the team a birdie.

Why not create more vibe-filled moments with more team play? Whether it’s Ryder Cup tournaments like you’re seeing around the SCGA with the Battle of LA, LIV-inspired combined foursome team scoring events, or dreaming up team formats of your own—golf offers many ways to turn your playing partners from adversaries into teammates. Follow this train of thought and you can imagine tapping into the fun of fantasy football by captaining your own team of league mates, searching for the hidden gems among the group and money-balling your way to victory through savvy draft strategy. Casual weekend rounds become scouting sessions. The GHIN handicap app goes from personal recordkeeping to deep-dive research material. The possibilities are endless.

One of LIV’s biggest format shifts was the change from 72 hole events with 36 hole cuts to 54 events with no cuts. And while many of us sadly can’t spend an entire three-day-weekend playing in golf tournaments every month, the larger concept of creating shortened formats is a lesson worth learning.

The rise of golf entertainment venues like TopGolf and simulator bars have shown a desire for the everyday golfer to find shorter opportunities to play golf. The only place this concept hasn’t reached just yet is on-the-course. But with more and more 9-hole and executive tracks like Penmar and The Lakes at El Segundo showing true value in offering golfers a quick yet engaging short course experience—more will certainly follow. SCGA Clubs like Westside Golf Collective are organizing weeknight leagues to allow us working stiffs to sneak in a few extra swings mid-week.

What could this mean for your golf league? Consider maybe a two-day 18 hole event where you capture all the excitement of teeing off on Sunday with a one shot lead, only each day is played on two different 9 hole tracks. Or put a hybrid event together whether the first round is played on a real course, and the second played at a simulator. If you take nothing else from this article, it’s that golf should allow room for experimentation—because you never know what gold you’ll uncover.

Want in on the action? Use our Club Finder to zero in on the style of play most suited to your lifestyle.

Let’s be honest, without the mind-boggling amount of money then there is no LIV. Plenty of proposals for alternative golf leagues have come and gone but, without significant financial incentives, PGA pros never would’ve left. Now, I’m not suggesting that we all go out and start gambling away life fortunes on our golf game—that would last me all of about three rounds before I’d be one very broke writer. But playing for something beyond “just for fun” is always something I’ll stand behind. Give me stakes! Penmar Social Club is booming in SoCal, partly due to their awesome trophies and prizes

What intrigues me most about how we can use the LIV payout structure as inspiration for us all, is the idea of spreading the love by offering real value to all golfers. Tournaments can be intimidating. And especially when only the low gross competitors get paid, they can be quite unwelcoming places for golfers with mid-range handicaps and above. But instead consider the kind of spirit-lifting benefits that would ensue by offering both gross and net pots. It’s a simple concept that still too many ignore—by ensuring that everyone has a real opportunity to win at every event, you’re also ensuring that everyone feels included. A result I think we all can support.

One of the biggest points of emphasis for LIV has been improving the fan experience at all their events. Providing various activities and games for fans of all ages, LIV is hoping to expand what it means to be a golf fan.

And I think this could be the most important lesson from LIV for how we can change the way we golf. Expanding its appeal. Look around to country clubs across the country and you’ll see this concept in action. Children’s clinics, family nights, couples leagues, expanded amenities and an overall sense of appealing to the golfer as a human with a life outside of the game. Imagine a world where your local muni also offered a safe and engaging area for your kids to play the game or a welcoming neighborhood atmosphere where golf still is the main focus but it’s not the only focus. Evolving golf courses to become true social hubs would be a game-changer—and it’s already taking shape at Goat Hill Park down in San Diego.

Goat Hill Park has embraced the “come one, come all” attitude

When considered together, the changes and modernizations that LIV is attempting can be transformative for how golf is played. These changes are rightfully lost in the larger coverage and conversations around how LIV was formed—but I ask, why not take this moment as an opportunity to continue expanding the game and re-defining what it means to be a golfer?