“I don’t play competitive golf.” When it comes to golf, there are certainly more obvious lies that you’ll hear out on the course: telling your boss you’re out sick so you can sneak in a weekday round, “forgetting” that penalty stroke when marking par on the scorecard, showing up to a tournament with an unverified 15 handicap before firing off a round of 2 under, etc. You may avoid all of these blatant fibs while you’re golfing. But by claiming you don’t play competitively, you’re committing the biggest deception of them all: lying to yourself. You may think that you’re just “playing for fun”, but there are a number of way you compete you don’t realize.

Don’t believe me? Here are ways that every golfer that plays regularly competes:

1. You compete against the course

Every course has unique features designed to test different aspects of your game. At the end of the day, that’s really what the challenge of golf is: how well you can play against the challenges the course lays out for you. That’s why each course has a unique Course Rating and Slope Rating so that you can determine how well you played relative to your skill level (provided that you keep a Handicap Index).

2. You compete against your buddies 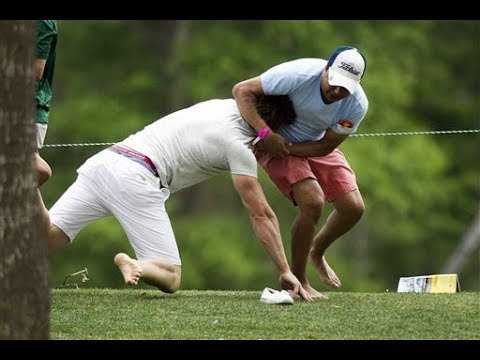 This is probably the most common way everyone competes. Even if you’re not gambling, bragging rights are always on the line and you know you won’t be totally satisfied with your round if you didn’t beat everyone in your group.

3. You compete against your heroes The vast majority of us didn’t just pick up a stick and start whacking a golf ball around on our own. You most likely had someone, whether it was a parent, sibling, relative, friend, or instructor, that took you under their wing and showed you the ropes of golf. Inevitably, as your skills began to progress, you began to strive towards besting them, whether it was just for one hole or an entire round. And if you haven’t already, you’ll probably be on the other end of that equation with a child or friend some day, trying to stay just a little bit better than them.

4. You compete against father time

Nobody likes to admit when they’re getting old, but the fact is that at a certain point you have to give up things that you once loved to do. The beauty of golf is unlike most other sports, you can continue playing even when you’re past your physical prime. The challenge of evolving your game over time never ends.

5. You compete against history

One of the unique aspects of golf is that, for the most part, every golfer from the pros to the beginners is competing in the same arena. You may never have the chance to lace ’em up at Staples Center or drop a bomb at Dodger Stadium. However, you test your skill where Jack Nicklaus played his first professional tournament (Rancho Park GC) or learn to play on the same SoCal courses where Tiger got his start. Every time you step foot on the course, you’re comparing your game to every other golfer that’s ever played or ever will play.

6. You compete against yourself 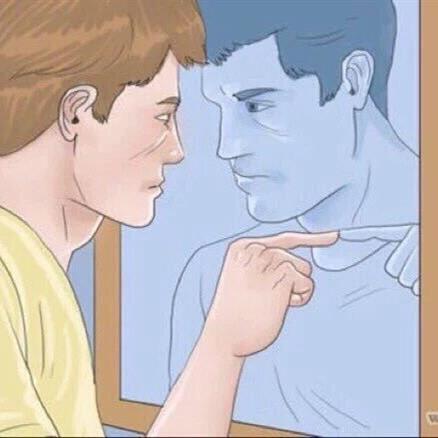 It’s the age-old battle of man vs. self. If nothing else, you’re always mindful of your past rounds and striving to make improvements each time out on the course. Because if you’re not trying to get better, then why even play?

If these points don’t resonate with you, it probably means you’re not that interested in golf. But for those that do identify with them, here’s why the competition lie is so dangerous: if you don’t embrace the competitive aspect of golf, your love of the game will fade. Just like with anything, if you don’t put effort into improving, you’ll eventually lose interest. That doesn’t mean you should give up everything to try to make the Tour or even that you can’t make having fun your primary goal. Just don’t lose the drive to keep improving and beating whoever (or whatever) you’re playing against.

Need to find a competitive outlet? Here are 3 easy ways to get started:

Keep a Handicap Index – The best and easiest way to measure your progress is by tracking your GHIN Handicap Index. It also provides the fairest way to compete against any golfer, regardless of skill level. You can get a 2 month free trial here.

Join a golf club – The purest form of golf competition. Play in regular tournaments in a fun, friendly environment with groups of every age, gender, culture, and skill level. Find your new golf home.

Play in a golf league – Not ready for solo tourneys yet? Compete as a 4-player team (you can bring your whole crew or sign up as a free agent) in these 9-hole weeknight events. Battle over an 8-week season for ultimate SoCal bragging rights. Find a league near you here.

Golf in the Time of COVID-19